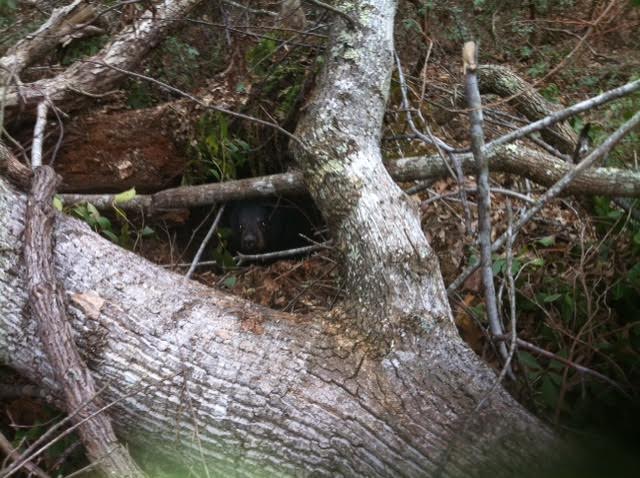 VDOF foresters are lending a hand to locate foster moms for orphaned bear cubs in Virginia.

VDOF’s sister agency Virginia Department of Game and Inland Fisheries (DGIF) recently reached out with a request for help identifying black bear dens on forestland throughout the state.

DGIF biologists have received a number of calls about bear cubs that have been separated from their mother— “well beyond what we normally see at this time,” says DGIF black bear project leader Stephanie Simek.

Female black bears in Virginia will typically give birth to cubs between January and mid-February while still in their winter dens. The newborn cubs are very small and fully reliant on the sow (mother bear). At this time of year, sows with cubs may occasionally be disturbed by humans, which can result in orphaned cubs, Stephanie explains.

So far this year, several orphaned cubs who could not be reunited with their mothers were transferred to the Wildlife Center of Virginia (WCV) — a non-profit wildlife hospital — to receive care until a suitable surrogate sow in the wild could be found.

Sows with newborn cubs of their own may accept the cubs placed near their den entrance. DGIF biologists have identified a few radio-collared female bears that may act as fosters; however, the department would like to expand their options and are reaching out to partners for assistance.

This is where VDOF forestry staff can help the DGIF team; because our foresters and technicians spend significant time in the field, they are ideal candidates to lend assistance in locating bear dens, which may include hollow trees or brush piles.

Although VDOF staff won’t be in the field looking specifically for dens, if there is a known den on a landowner’s property, or if the foresters encounter an active den while conducting their normal duties, they can communicate this information to the DGIF team.

Featured photo at top of page is courtesy of DGIF.