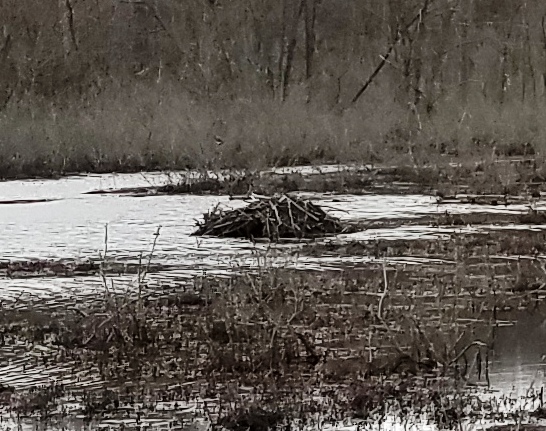 A beaver hut in the middle of a pond or swamp is a familiar sight.  The one above is located in Beaverdam Swamp in Gloucester County.

While mapping a creek for another Riparian Buffer Tax Credit application, I had the opportunity to see a number of signs of beaver activity alongside a clearcut. 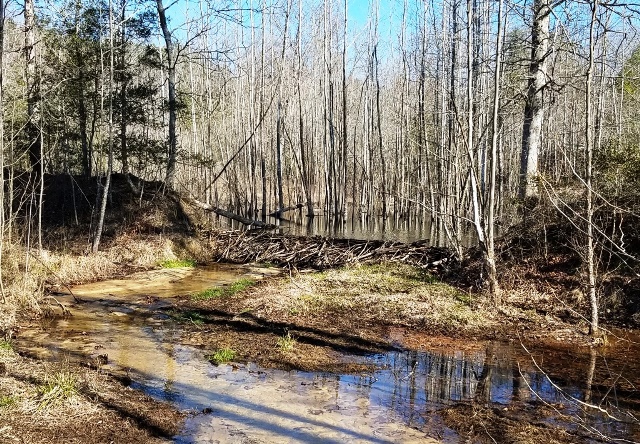 First, I came across the beaver dam above.  The beavers have built their dam in a breach of an old earthen dam. 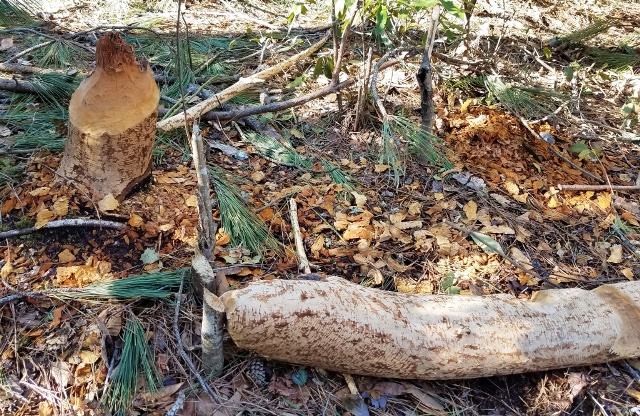 Then I walked by some recent beaver chewing activity.  Beavers do not eat the entire tree after they cut it down.  They consume the nutritious inner bark by chewing on twigs and branches similar to the way that people eat corn on the cob.  Note that this beaver left the pieces from the center of the tree on the ground instead of eating them.  While beavers might cut down very large trees, they are really trying to access the numerous smaller branches at the top of the tree. 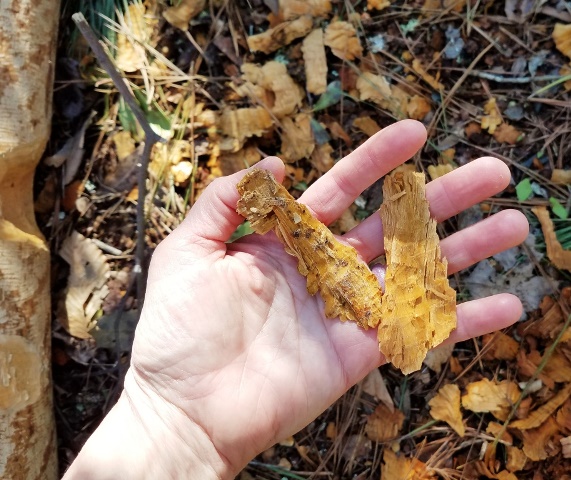 Can you imagine having jaws and teeth strong enough to bite pieces of wood this large from a tree? 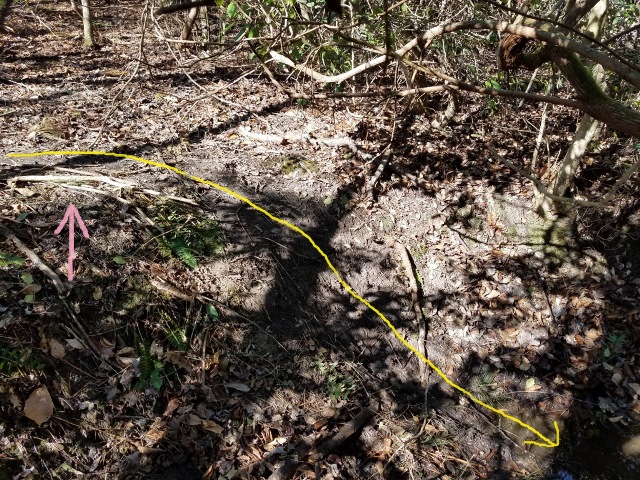 What was most unusual was the beavers’ clever use of the adjoining 30-acre clearcut.  There were a number of paths on the edge of the beaver pond where beavers had traveled between the cutover and their pond to glean loblolly pine branches.  In the photo above, the yellow arrow follows the center of their trail to the water’s edge, and the pink arrow points out some pine branches that the beavers snacked on along the way.   This path was so heavily traveled that it looked like a smaller version of the skid trails in the cutover. 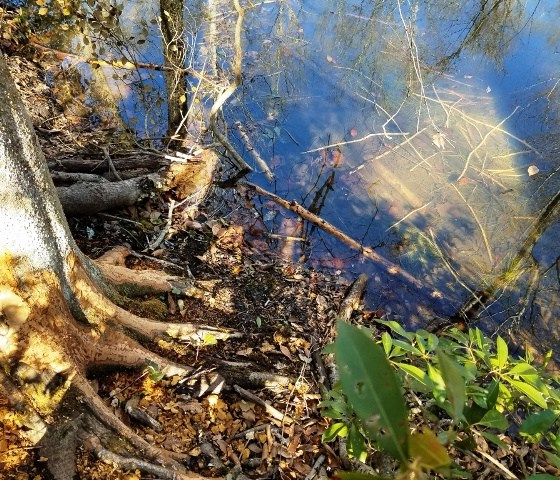 At this water entrance (above), the beavers have chewed on the American beech tree on the left.  In the water, there are more twigs that have been stripped of all their bark.

Beavers have been harvesting trees for several million years in North America, while humans have walked the planet for about 200,000 years.  So perhaps it is fair to say that beavers have more logging experience than we do.  At this site, they were shrewd enough to benefit from human logging activity in their search for wintertime food. 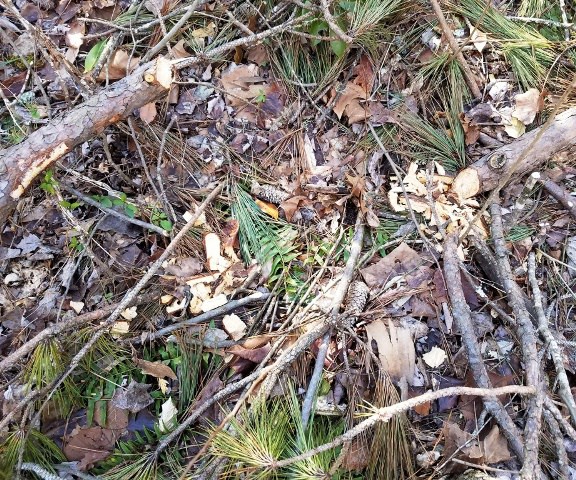